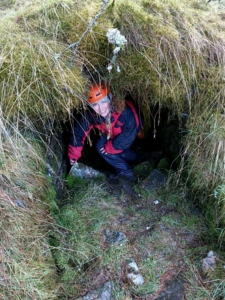 Jessica has an MSc in Biology from the University of Nevada, Reno and a BSc in Biology from the University of Wisconsin, La Crosse. She completed her MSc on the foraging behaviour of North American pikas in the Ruby Mountains of Nevada. Following completion of her MSc, she worked as a wildlife biologist in Idaho, Wyoming and Colorado for gas pipelines, golf courses, housing developments, and reservoir expansions completing surveys on protected North American species including bald eagles, black footed ferrets, moose and Preble’s meadow jumping mouse. Since moving to the UK in 2004, she has worked as a freelance ecologist in the Scottish Highlands completing ecological works for wind farms including hydrology monitoring, habitat surveys and habitat restoration works. She joined E3 in 2011 as a freelance bat surveyor and has been a seasonal E3 employee since has 2017 moving to permanency in 2019. She has experience carrying out bat transect and vantage point surveys at both dawn and dusk, bat sound call analysis and bat risk assessments. She holds a great crested newt survey licence and a bat Class 2 licence. Current projects include preliminary ecological assessments and protected species surveys for bats, great crested newts, otter, badger, red squirrel, water vole and reptiles. She currently volunteers in her spare time as a bat carer and is also the Treasurer for the local Scout Group.

Key Areas of Experience and Expertise

This site uses cookies. By continuing to browse the site, you are agreeing to our use of cookies.

We may request cookies to be set on your device. We use cookies to let us know when you visit our websites, how you interact with us, to enrich your user experience, and to customize your relationship with our website.

Click on the different category headings to find out more. You can also change some of your preferences. Note that blocking some types of cookies may impact your experience on our websites and the services we are able to offer.

These cookies are strictly necessary to provide you with services available through our website and to use some of its features.

Because these cookies are strictly necessary to deliver the website, you cannot refuse them without impacting how our site functions. You can block or delete them by changing your browser settings and force blocking all cookies on this website.

We also use different external services like Google Webfonts, Google Maps and external Video providers. Since these providers may collect personal data like your IP address we allow you to block them here. Please be aware that this might heavily reduce the functionality and appearance of our site. Changes will take effect once you reload the page.